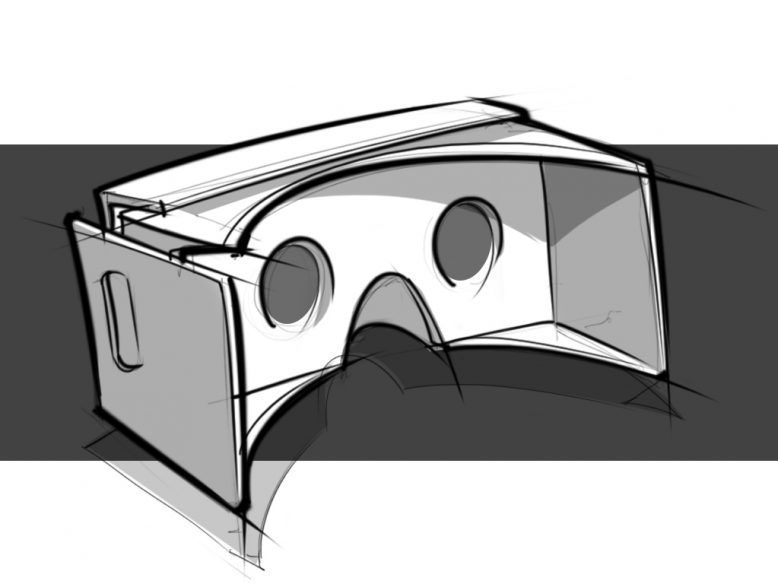 It’s really amazing how computers have influenced my creativity over the years. I grew up with a pencil in my hand, and I was always drawing something. Mostly cars, sometimes superheros, but no matter what I enjoyed sketching and drawing so much that I eventually decided to make a career out of it. This was the mid 1990’s, and it was right about that time that computers started getting really powerful. Powerful enough to edit photos, create 3d renderings, and produce killer animations. 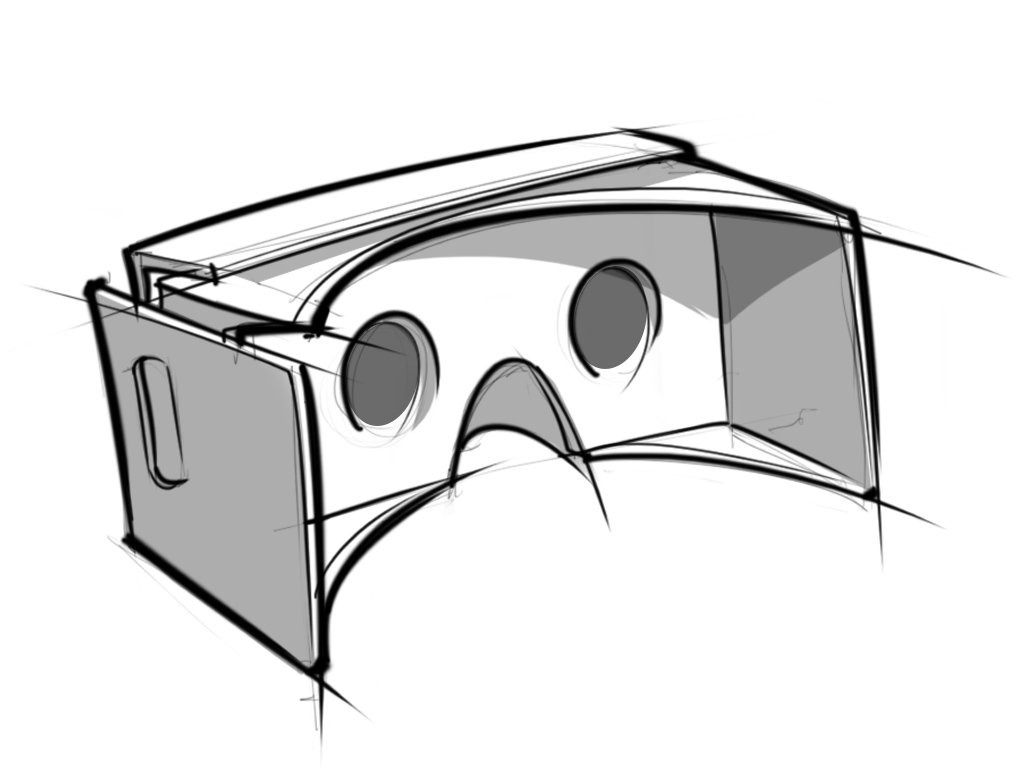 Here’s the same drawing of the Google Cardboard goggles as above, without the background

I remember it being a really exciting time. I’ve always been a bit of a tech nerd, so adapting to the world of digital design was really easy and natural for me. Unfortunately, this meant transitioning to clunky and rigid design software which didn’t allow me to sketch and draw like I always had up until that point in my life. But back then, I didn’t mind. As a matter of fact, I clearly remember thinking of sketching and drawing as an outdated and archaic way of designing. Computers were the future!

Fast forward 20 years (geez, has it really been that long?) and I’ve found myself getting back to my roots. I’ve spent the past two decades pushing pixels, tweaking vectors, and plying polygons – nothing that I consider raw talent. Drawing something by hand requires a lot more skill and artistic ability IMHO, and it’s something I’ve been striving to do more and more in my daily work to advance my worth as a visual designer.

Anyway, these really quick and loose sketches of Google Cardboard goggles were something that I whipped up as part of a impromptu storyboard for a client of mine working on some virtual reality app ideas. Their concepts were still very rough and not fully hashed out, so it was important that the storyboards conveyed the feeing of a loose idea rather than a polished product. That kind of loose spontaneity is difficult to create in a 3d model or a vector illustration, so this is a perfect example of where hand-drawn sketches fit into the design process.