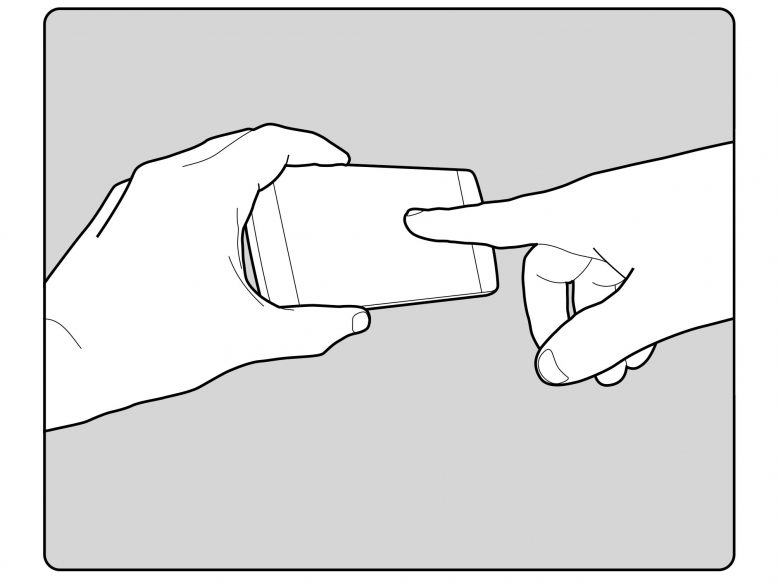 I’m not quite sure what the deal is, but I’ve been doing a LOT of storyboard illustrations with hands and phones lately. My daily work tends to go in phases like that – and it’s weird. It’s been a long time since I’ve created mobile device graphics with hands, so did everyone just get together all of a sudden and declare that there aren’t enough of these types of illustrations to go around? What gives? I’m not entirely sure, but let’s just say that I’m sick and tired of drawing hands holding, touching, and interacting with mobile devices right now.

This particular illustration is one of my leftovers from a recent set of storyboard graphics I was creating for a fellow UX designer. We were creating a document showing some very specific interaction gestures, and I created at least 30 of these things. Most made it into the final document, but this one didn’t. The gesture (single finger press) is completely valid, but the way I drew it wasn’t exactly the best way to show it for the documentation we were producing.

On a side note, I get a lot of questions from people asking me how I create graphics like this – especially since I revealed to you all yesterday about how I suck at drawing living things. Faces are hard, but hands are the absolute worst! I have never been able to draw hands correctly, so let me give you a little secret: tracing photos works really well. Yep, it’s that simple. Depending on the gesture that I was trying to illustrate, I took pictures of my own hands holding a mobile phone and just traced it in Adobe Illustrator. Sometimes the gesture was complicated enough that I couldn’t hold the device and take a picture at the same time so I had to ask for help. Since I needed all the hands to look the same, I was always the model while someone else took the picture.

Adding in a bit of line-weight variance helps to make the illustrations look better. Use thick lines for the outer edges, and thin lines for the interior details. And it’s not necessary to get really crazy with the details. As you can see here, these are simple line drawings and all the little details are not required to make them look exactly like hands.

Finally, adding a light gray background (while keeping the hands and the device white) helps to make the illustration pop of the page. Easy stuff!

You can download the source PSD file here, which contains the vector drawing. 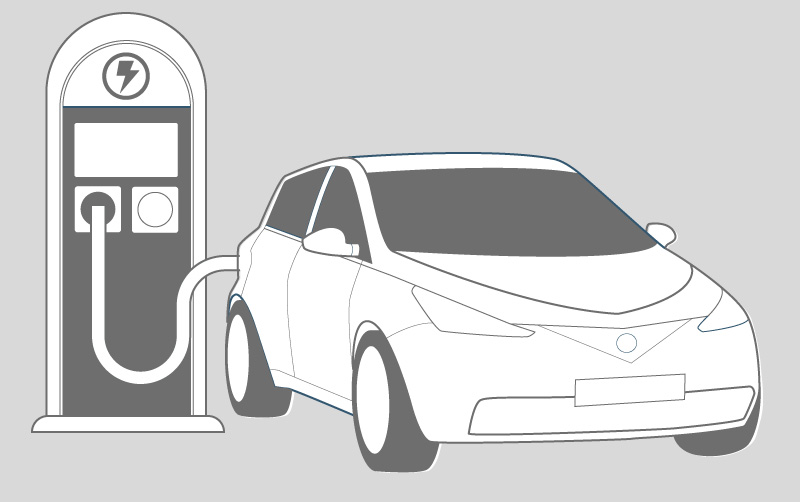