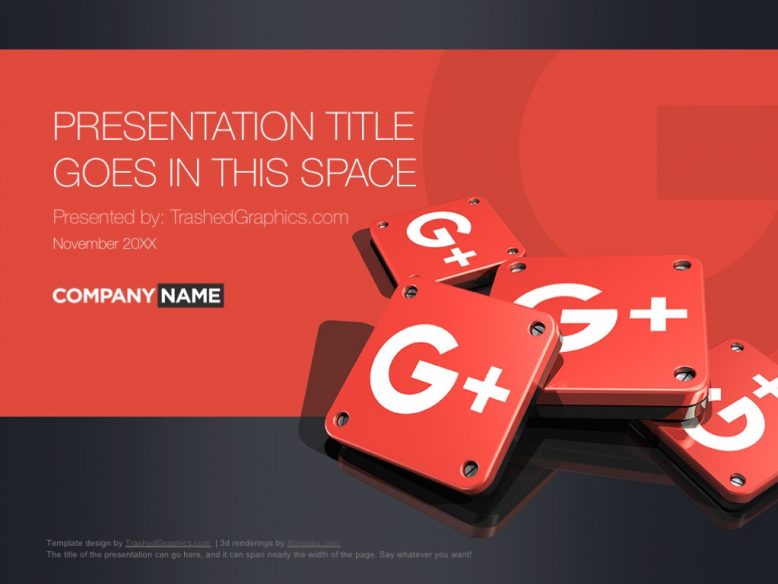 Shortly after creating my Evernote theme, my brain was running crazy with PowerPoint design ideas. Well technically, it was a lot of ideas for social media themes! I basically decided that I am going to create an entire series of templates since the 3d model I built of the app icons would be easy to switch out for nearly any app I want to create a theme for.

Case in point: this Google Plus version only took about 10 minutes to create since I already had the parts built from the Evernote theme. I know that nobody uses Google Plus anymore, but I liked the logo enough to want to see what it would look like. I like red!

Also, I find that bold colors are important in PowerPoint slide decks. They help to capture and hold the attention of the audience, so this Google Plus slide deck is a perfect example of how to use vivid and bold colors to your advantage.

As much as people complain about Google +, I’ve got to say that I used to be a big fan. It is (was) by far the best-looking social network out there, and that is important to a visual designer like me. I love interacting with beautifully-designed products, and I’m really happy that Google is at the point now where visual design (UX design as a whole, actually) is very high on their priority list.

It wasn’t always like that – I found the early versions of Android to be very painful to use, but now I can say that I love my Pixel phone just as much as my iPhone. Thank you Google for caring about good design across your entire product line!

As I said earlier, I don’t think there will be much of a demand for PowerPoint templates featuring the Google Plus logo. It’s a dead social network, I know, but I’m a huge fan of the Google Plus red. I think it translates well as an accent color for these two PPT templates. At the very least, my hope is that it will inspire other PowerPoint design ideas that I’ve got floating around in my brain. See? Sometimes doing useless conceptual design work is beneficial!

Yes, I decided to do both light and dark versions just as I did for the Evernote theme. I have to say that I really like the way that red contrasts against the grey and the white backgrounds of the individual slides. 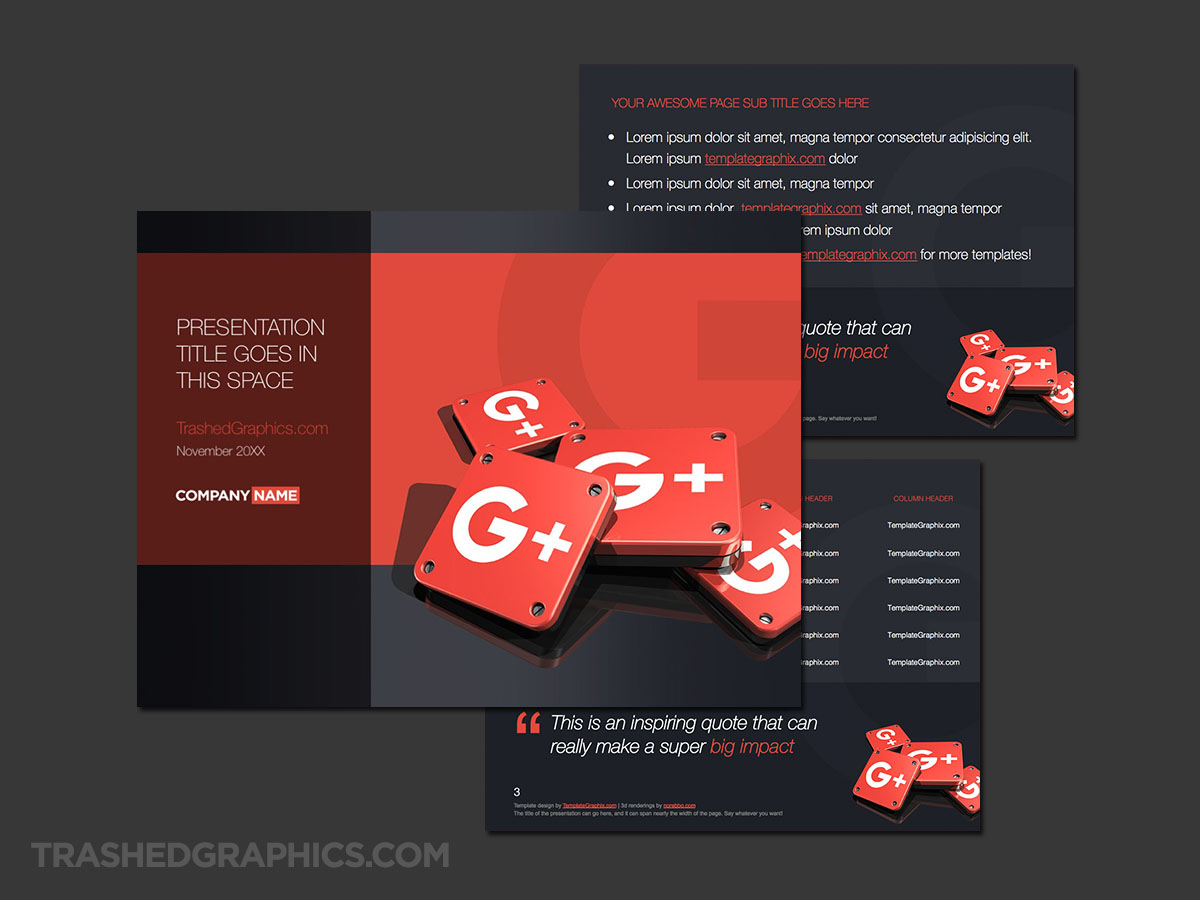 The muted red Google Plus color is nice enough I think that it doesn’t even need the gray. There would be nothing wrong with stripping this template down to a white background and losing the gray entirely on the interior slides if that is what you prefer. 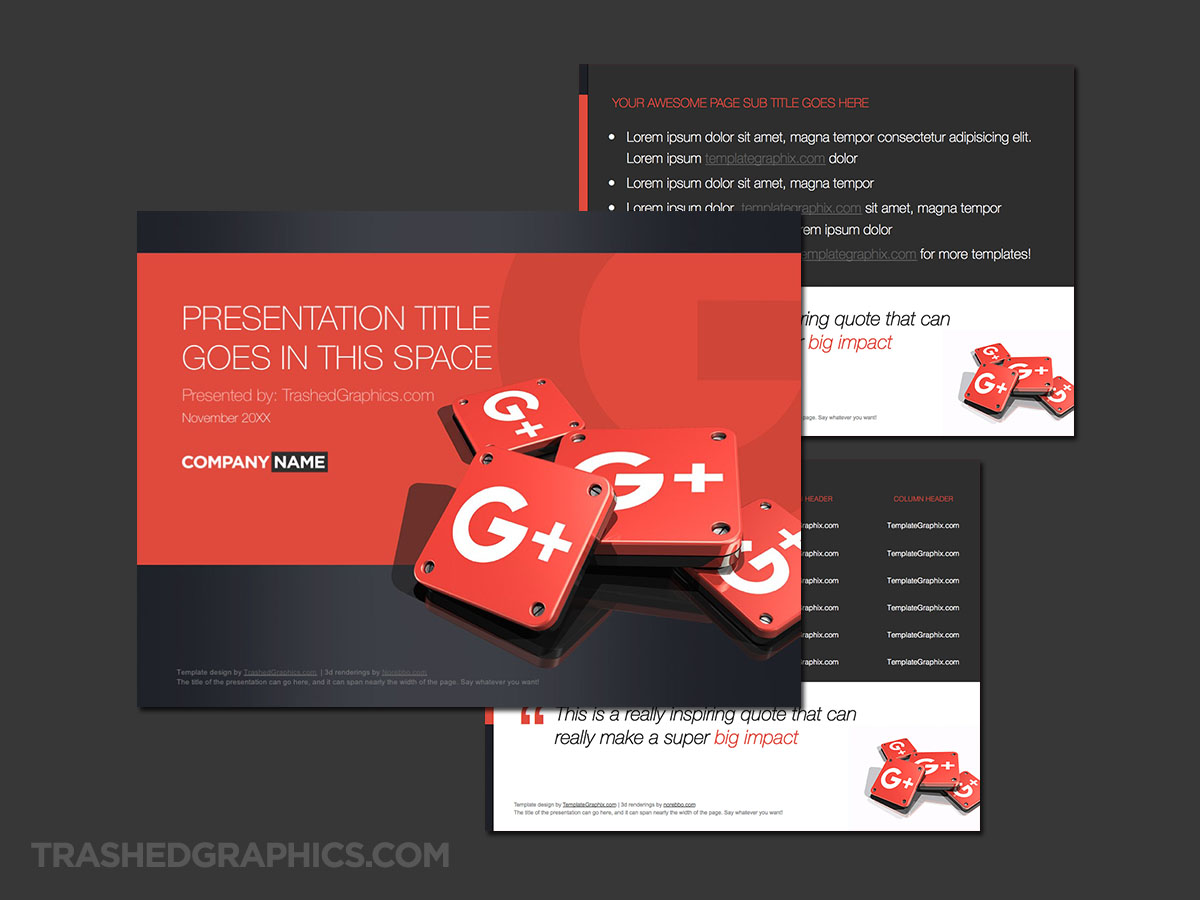 I’ve built the light version so that you can remove the dark gray containers if you want, but there’s no way to do that for the dark version. If you like the dark version, but don’t like having a dark colored background for each slide, feel free to keep the dark backgrounds for title slides and put the bulk of your presentation over a plain white slide. You certainly don’t need the Google Plus logos on every slide, because as I always say: simple is best!

Finally, either of these ppt templates would work well for nearly any other sort of high-tech presentation topic once you strip the Google Plus logos out and replace them with something else. Or perhaps you need to give a presentation on why this social network failed so miserably? That’ll work too.

I know that there are a lot of you giving presentations on social media (and general tech) topics that could really benefit from an entire series of social media PowerPoint templates, so I’ll see what I can do over the coming months to help you out. And even if I can’t get to it fast enough, hopefully what you’re seeing here will give you the inspiration and ideas you need for your own PowerPoint designs with bold colors and rich graphics.

You’re bursting at the seams with really good PowerPoint design ideas of your own after reading this post, right? If you’re feeling like you need just a little more inspiration, check out my full collection of PowerPoint templates! 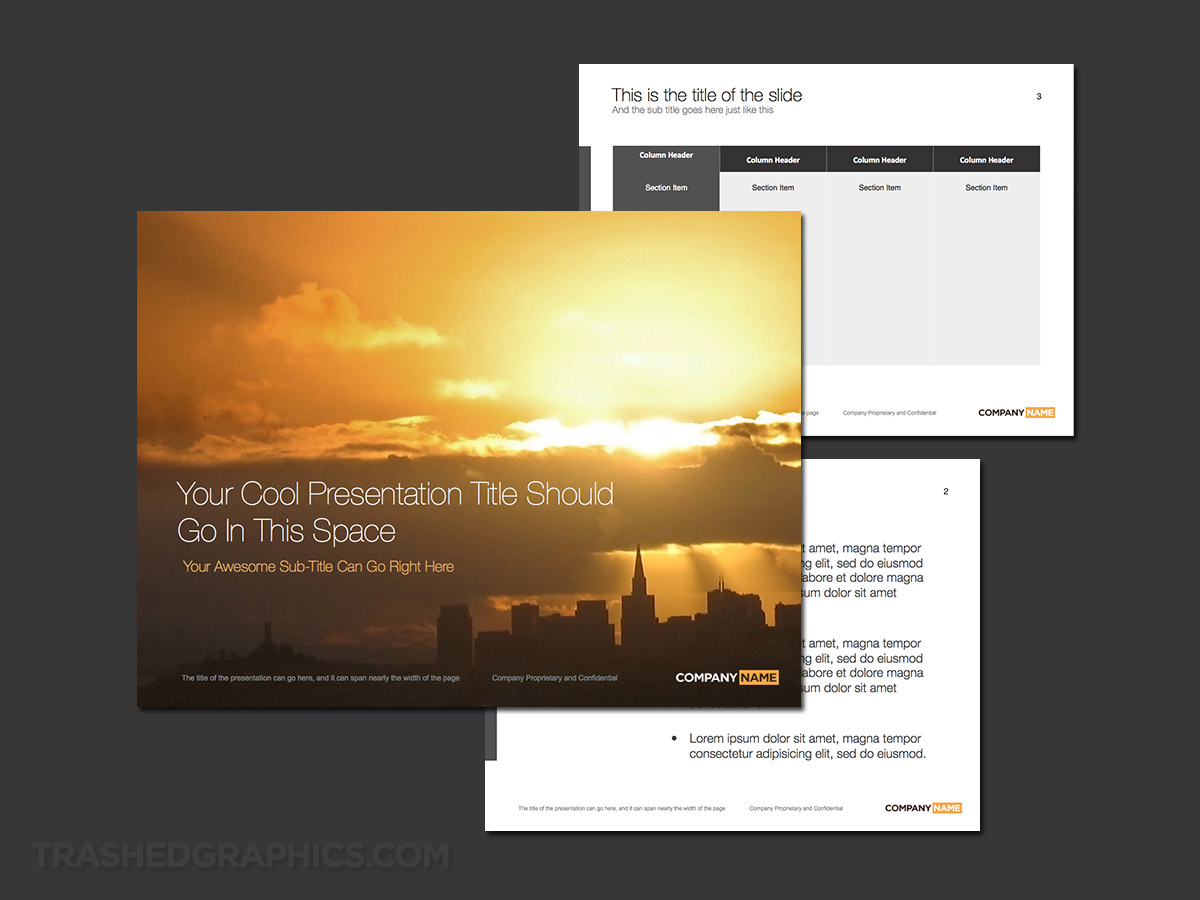 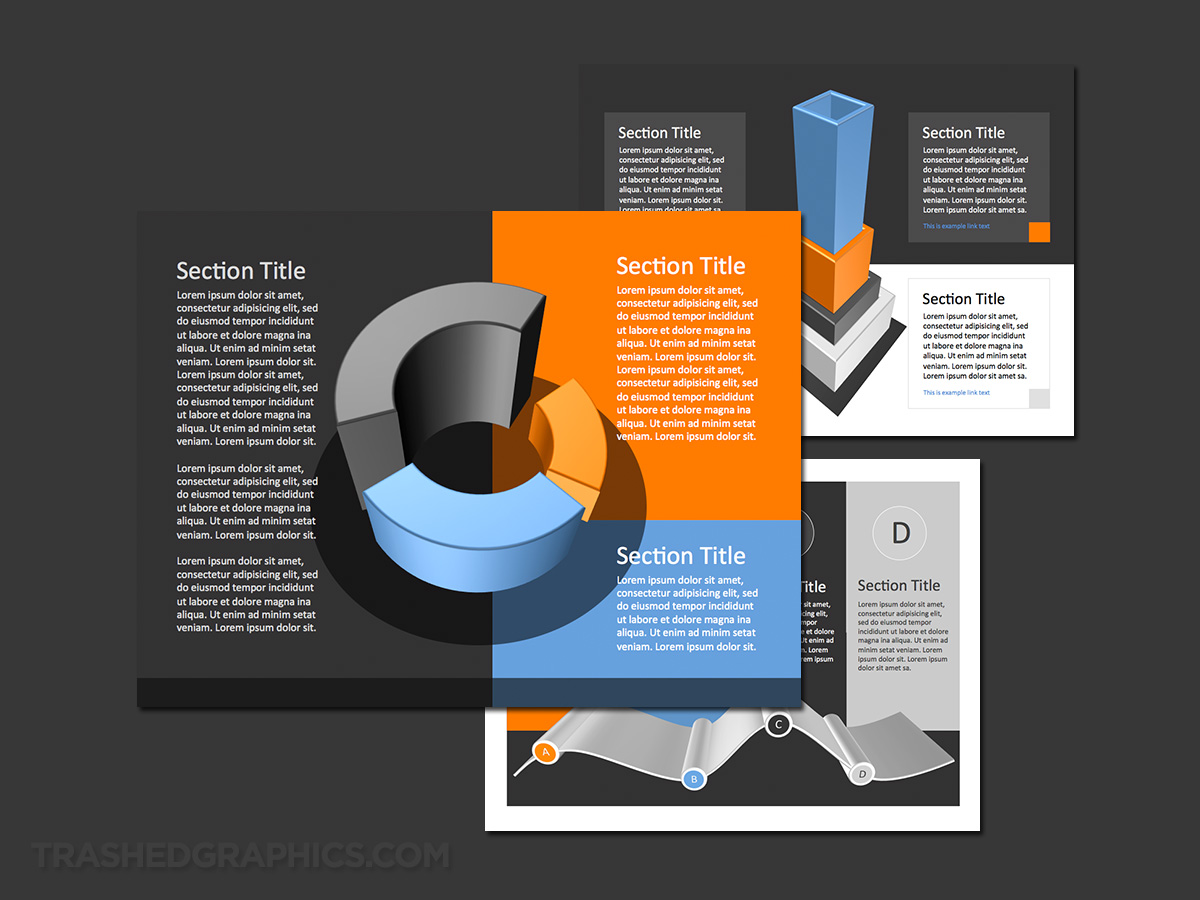