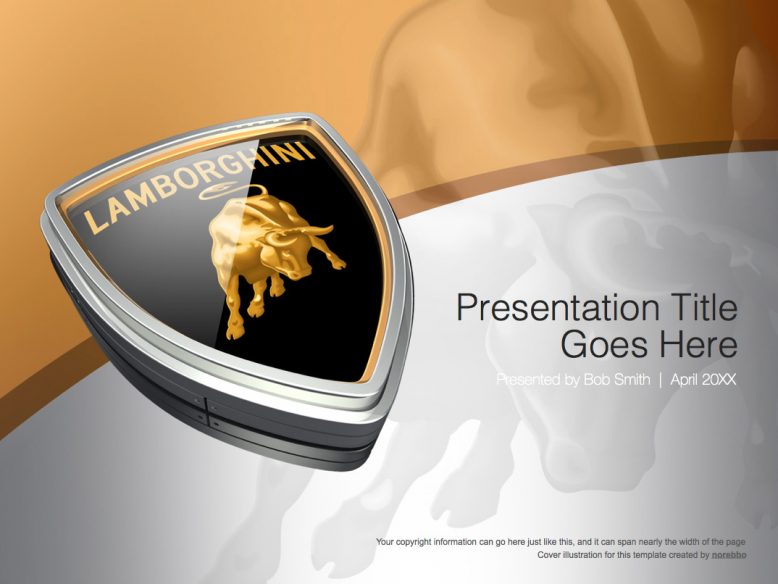 I created a series of 3d renderings of metal and glass Lamborghini logos a couple years ago that I have been using quite a bit in various side projects of mine, and my intention right from the beginning was to build a series of the best PowerPoint templates with them. But my time is very limited these days and I never could find the time to do it. Until now.

So here it is: my first Lamborghini presentation themes! And notice how I said “first” – I’ve actually got several more that I’ll be uploading eventually, and they are all based on the same basic 3d logo you see in these two.

First up is a gray and white slide deck with gold accents. The cover slide features large automotive engine pistons with the Lamborghini logo embedded into the top – and that same element carries through to other slides. Note that the pistons and Lamborghini logo I’m using on the interior slides can be positioned however you want. Or, they can be eliminated altogether if you think I’ve got horrible design sense or something.

Next is a much lighter and simpler version, which oddly enough, seems more “Lamborghini” to me thanks to the large 3d logo on the cover slide. This one is a bit light and metallic compared to some of my recent templates, but it contains the basic “automotive” style that I like so much with metal textures which reflects the materials on the cars.

I might even try another version without the 3d logo – I really like flat-style presentation decks, so I doubt I’ll be able to resist putting one of those together. It’s not one of my best PowerPoint templates if I’m being honest, but it’ll do. I’m too much of a dang perfectionist! 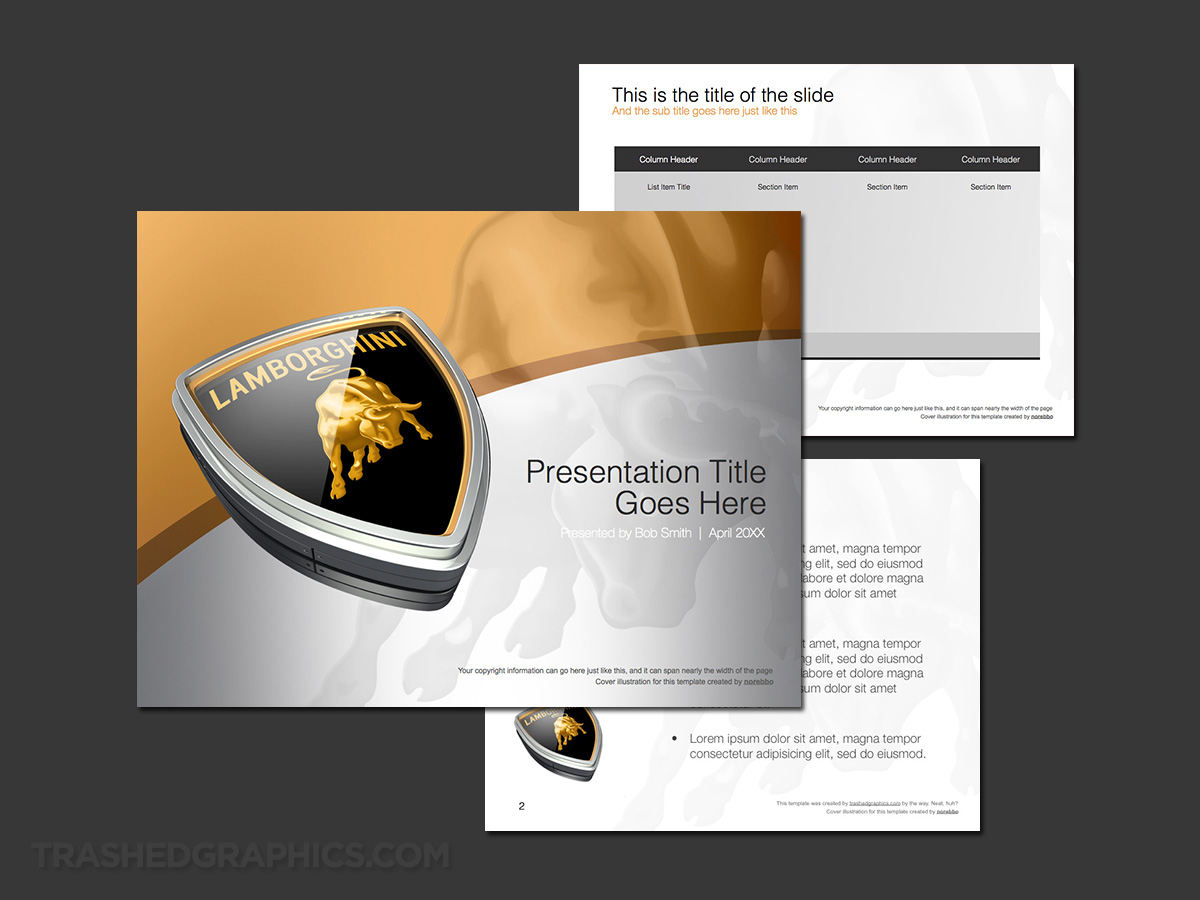 Much like all of my other templates from the past year or so, the cover slide is by far the most interesting slide of them all. It’s difficult to resist the urge to carry over a lot of those rich graphics into the interior slides, but that just doesn’t work for creating the best PowerPoint templates.

I’m all about simplicity, so trying to find the right elements to keep the deck cohesive from slide to slide is always the trickiest part. For this one, I decided to use a watermarked version of the bull logo across the entire template. It’s not even noticeable on some pages, but you can remove it from the master slides if you find it to be too distracting. I kind of like it though – because without it, none of the brand carries through. 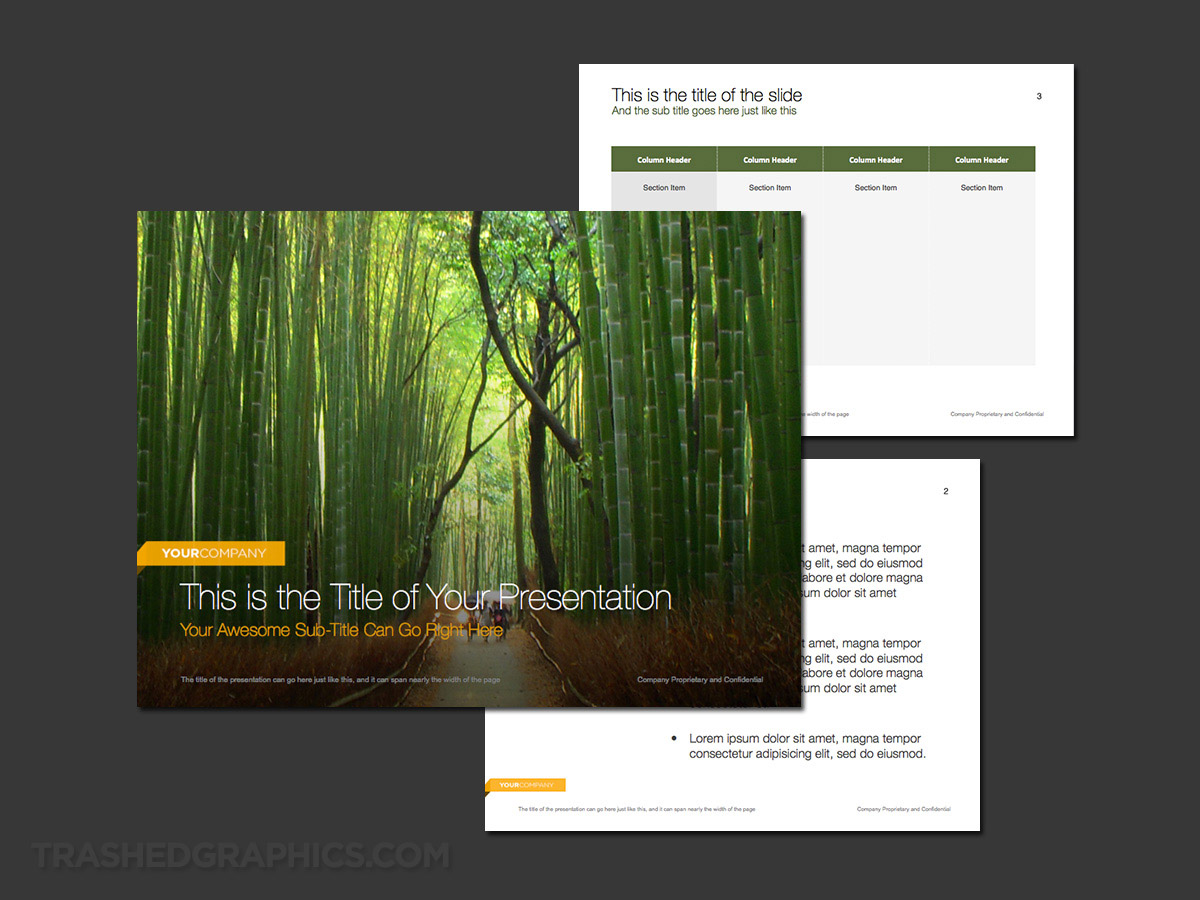 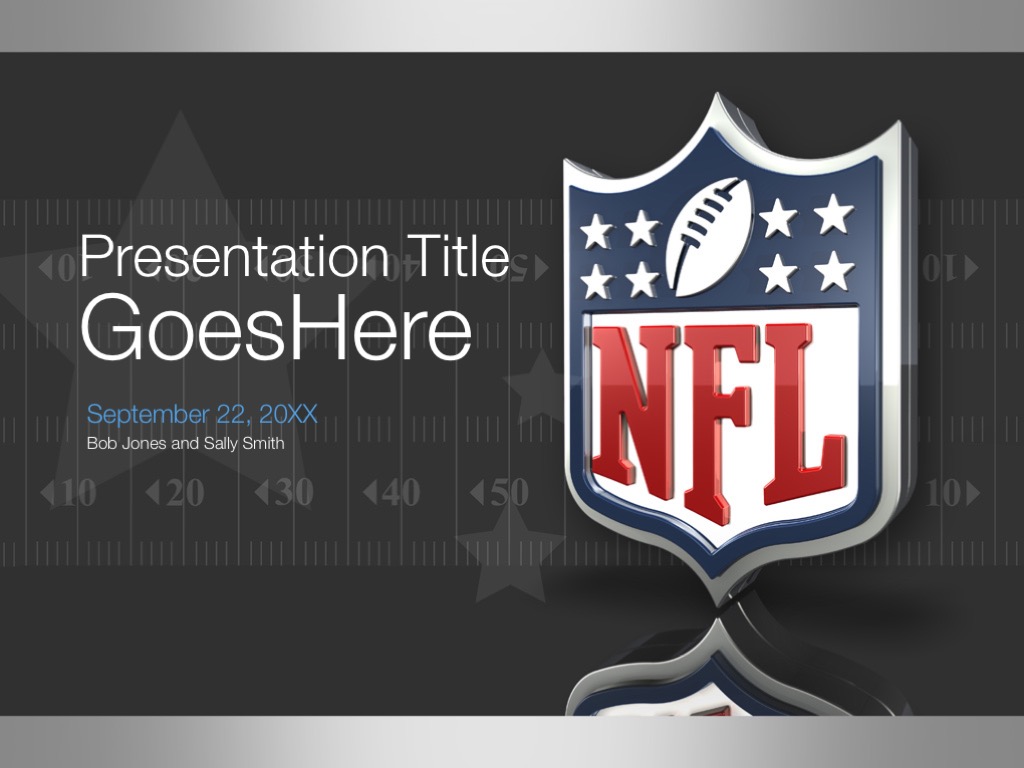