Earlier this year I was experimenting with some Starbucks logo illustrations (just trying to see what I could do with it), and I found it to be a really difficult one to replicate in 3d. It wasn’t all that difficult to build, but it is a very complex design that doesn’t allow for the kind of tweaking and modification that I like to do with these experimental renderings. I admit that I gave up on it way too early, but with a little more time I know that I could have done some really neat things with this.

Anyway, here is a simple rendering of just the Starbucks logo extruded in 3d. It has a metallic finish that I was intending to make chrome once I rounded the edges and made some other minor tweaks, but this is as far as I got before it was abandoned completely. Yeah, that’s how my mind works sometimes – I have some really great ideas, I can picture it clearly, and then I end up bailing on it halfway through the process due to some other kind of great idea I have. Many of those failures have yet to be posted to trashedgraphics.com, but they are coming, and I hope there’s at least one person out there that finds this kind of stuff useful.

Also worth mentioning is that not all logos translate to 3d very well, and this is a perfect example. Rounding the corners and adding a bit of spherical shape to it would certainly make it more interesting, but adding fluff like that usually turns it into something that doesn’t adhere at all to corporate branding guidelines. It’s something I take into account before pushing one of these 3d models too far, and it does take a lot of explaning to potential clients who want me to build and animate their logo into 3d for them. I personally think a bit of variation is fine for logos representing smaller companies, but legal issues prevent any changes at all to the marks of the corporate giants. 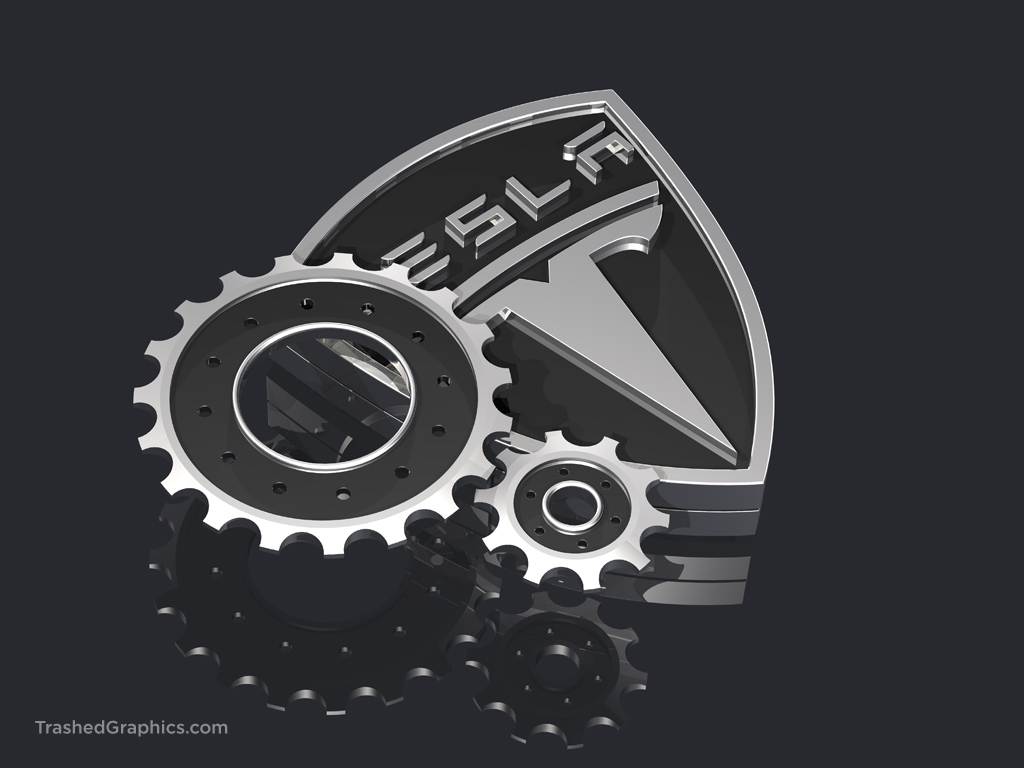