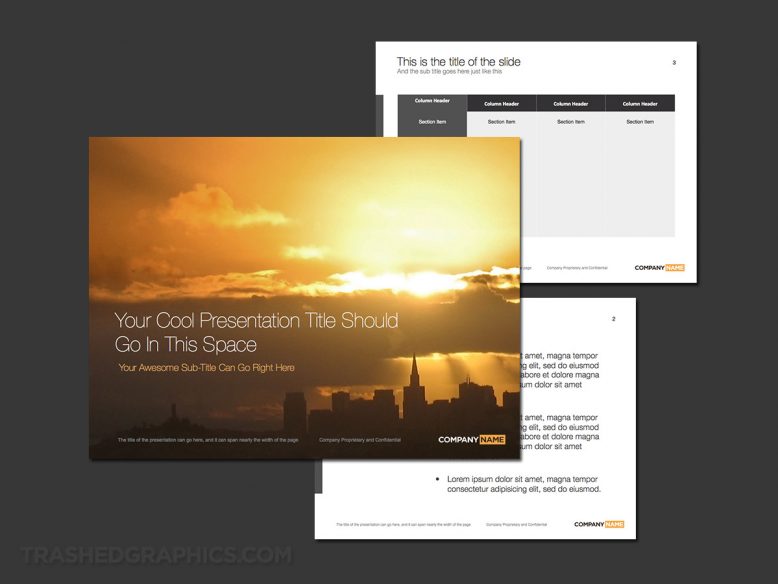 Alright, I was digging through my old photo archives and I came across a decent photo of the San Francisco skyline that I thought would be perfect for use as a PowerPoint cover slide. Remember that Golden Gate Bridge template I made a few weeks ago? This photo was taken from the exact same spot on the same day, though just a bit earlier in the morning. Unfortunately, the quality of the photo itself isn’t so great as it was shot with my old point-and-shoot digital camera back in 2005 – so pardon the noise and lack of sharpness in the image.

One of the reasons why I think that this is such a perfect image for a cover slide is that the clouds act as a natural horizontal container for the title text. The rest of the image is pretty much blown out in terms of light and shadow, but those clouds provided the perfect backdrop for adding a long string of text.

The interior slides are pretty much standard carryovers from some of my other templates. If you are looking to add a bit more color, you could sample some of the bright yellows and oranges from that cover photo and replace some of the other gray elements scattered around the deck. Be careful though – those are bright colors and you don’t want to create distracting visual elements which might draw attention away from your content.

Anyway, the San Francisco Bay Area is one of the leading tech hubs in all the world (it’s not named the Silicon Valley for nothing), so I hope there are some of you from that region that find this template useful. But I didn’t intend for this template to be related to San Francisco tech themes only – it would also work quite nicely for the travel and tourism industry. 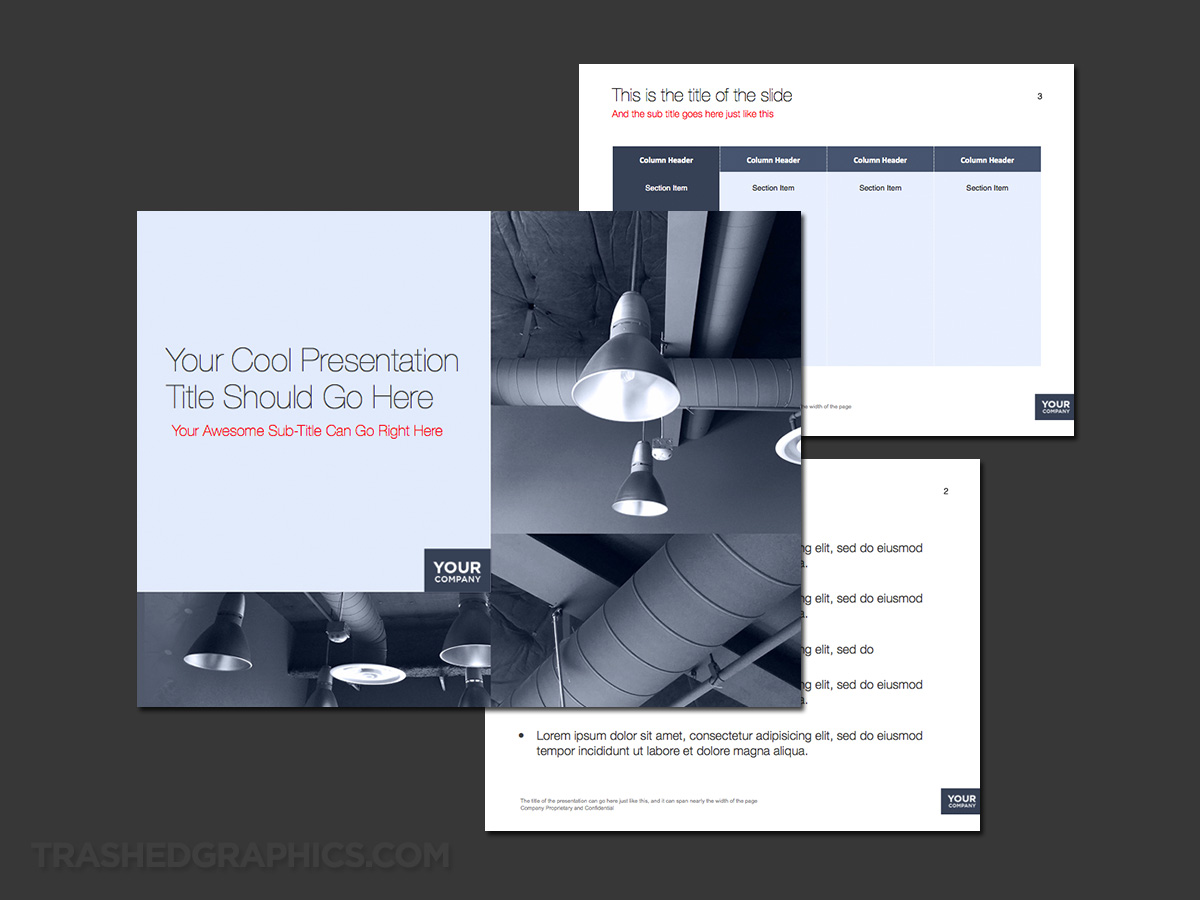 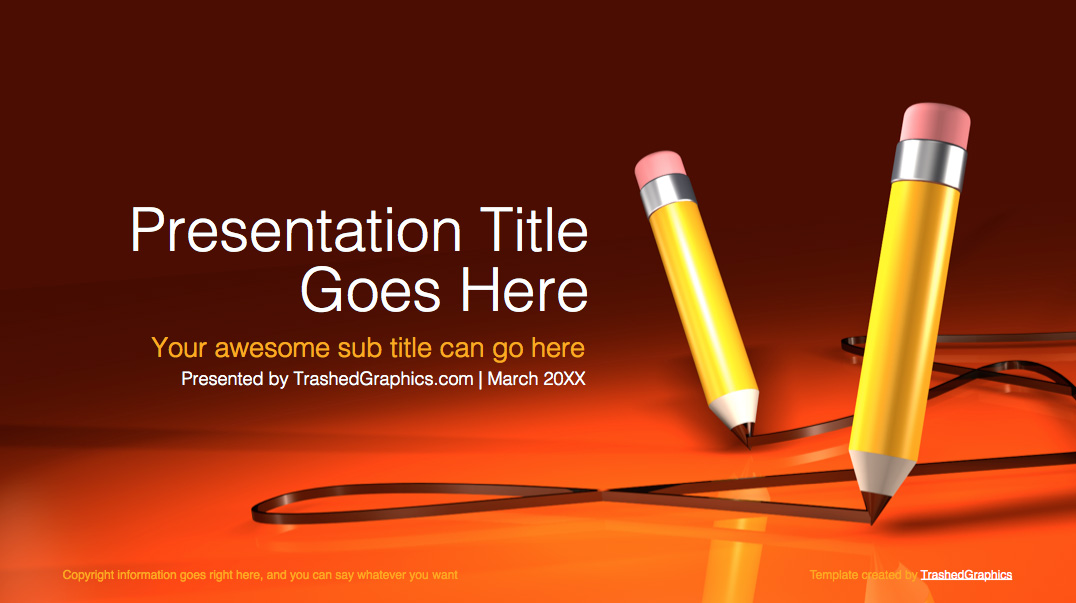