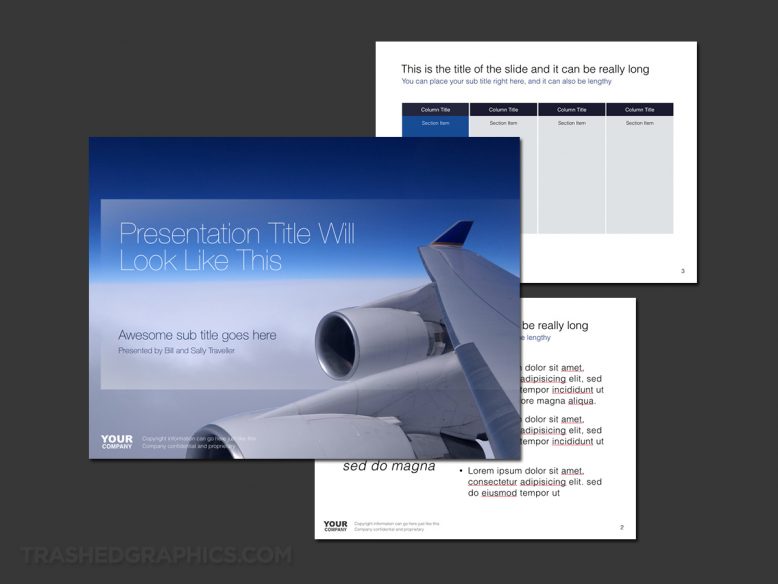 To me, there’s nothing better than gazing out of an airplane window cruising along high above the clouds. It’s always an amazing view from up there, and it’s not all that uncommon for me to return from a trip with more pictures from the airplane than from the destination itself. No joke – as an example, I took 80 photos on a recent 1-hour flight from Reno to Las Vegas. That’s nuts!

Anyway, the cover slide of this Keynote template features a photo from a recent flight I took from San Francisco to Beijing (on my way to Seoul). This was about the midway point of the flight, somewhere just west of Alaska, and I thought the colors made it perfect for cover slide material. It’s honesty a bit too saturated for my tastes, but I know that many of my templates are considered to be heavily monochromatic so I figured I’d leave it alone for the sake of variety.

I did have to add a slightly frosted horizontal panel to the cover slide in order to provide a clean place to put the titles. The cloud layer in the photo is (unfortunately) too high to put all the text in the dark blue sky area, and things looked rather unbalanced without some sort of container to hold and organize everything.

The interior slides feature a sample table page, and a bullet-text page with a large block quote example. You can eliminate that if you’d like, but I just included it as an example showing how you can customize things however you’d like.

If you happen to like this one, make sure to check out my other airplane wing and engine Keynote template which is similarly composed. And don’t be shocked to see more of these kinds of themes in the future – I travel a lot on a variety of airlines, so that means I’m always taking pictures… 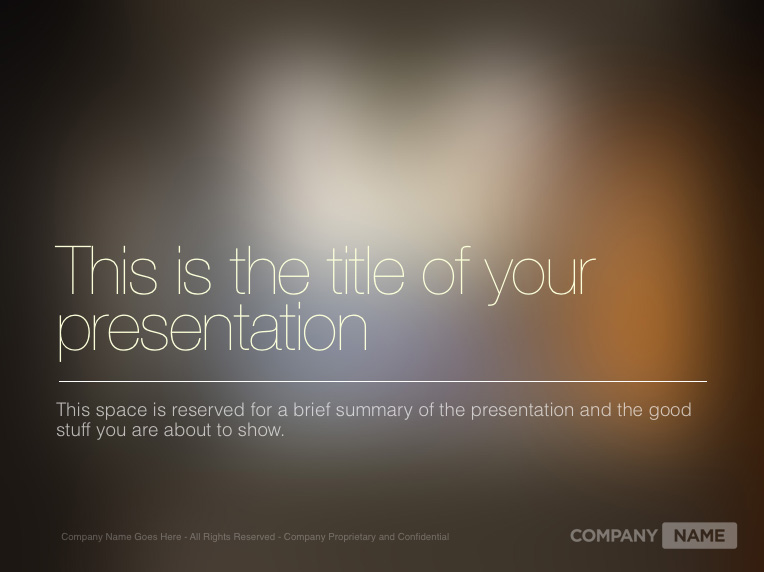