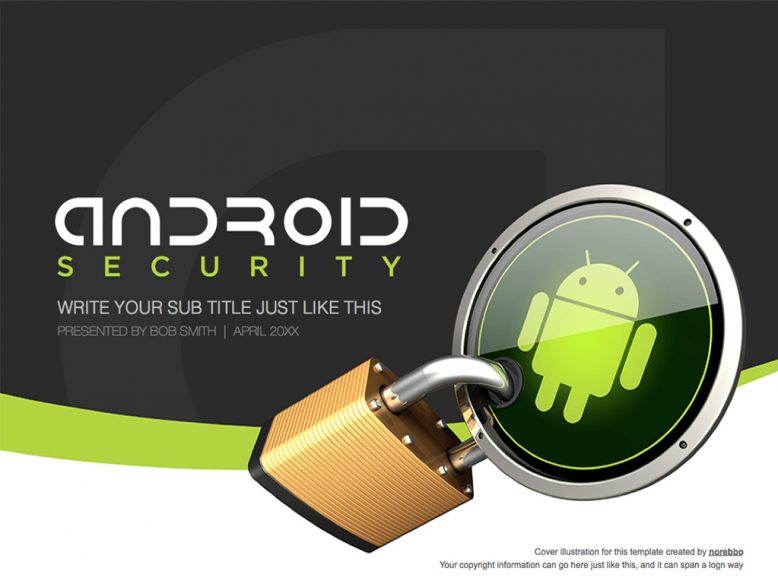 Every now and then I create a series of Microsoft office PowerPoint templates in batches, and I eventually upload them here as I find the time. Sometimes these batches of presentations are so large that I’ll have templates sitting in my archives for up to a year at a time before I get a chance get them uploaded. Such is the case with these two Android PPT templates.

This Android security theme is one of those that has been waiting around on my hard drive quite a while. I actually created this one shortly after my Android developer theme way back in 2013 (below), which means that I’ve been quite the lazy designer by not getting it uploaded in time. Well, “lazy” probably isn’t the right word since my lack of frequent uploads is a direct result of me being busy with other projects. Remember – TrashedGraphics.com is just a side project of mine that I work on whenever I feel like, so that means that there are always going to be periods of time when I’m not very active here. 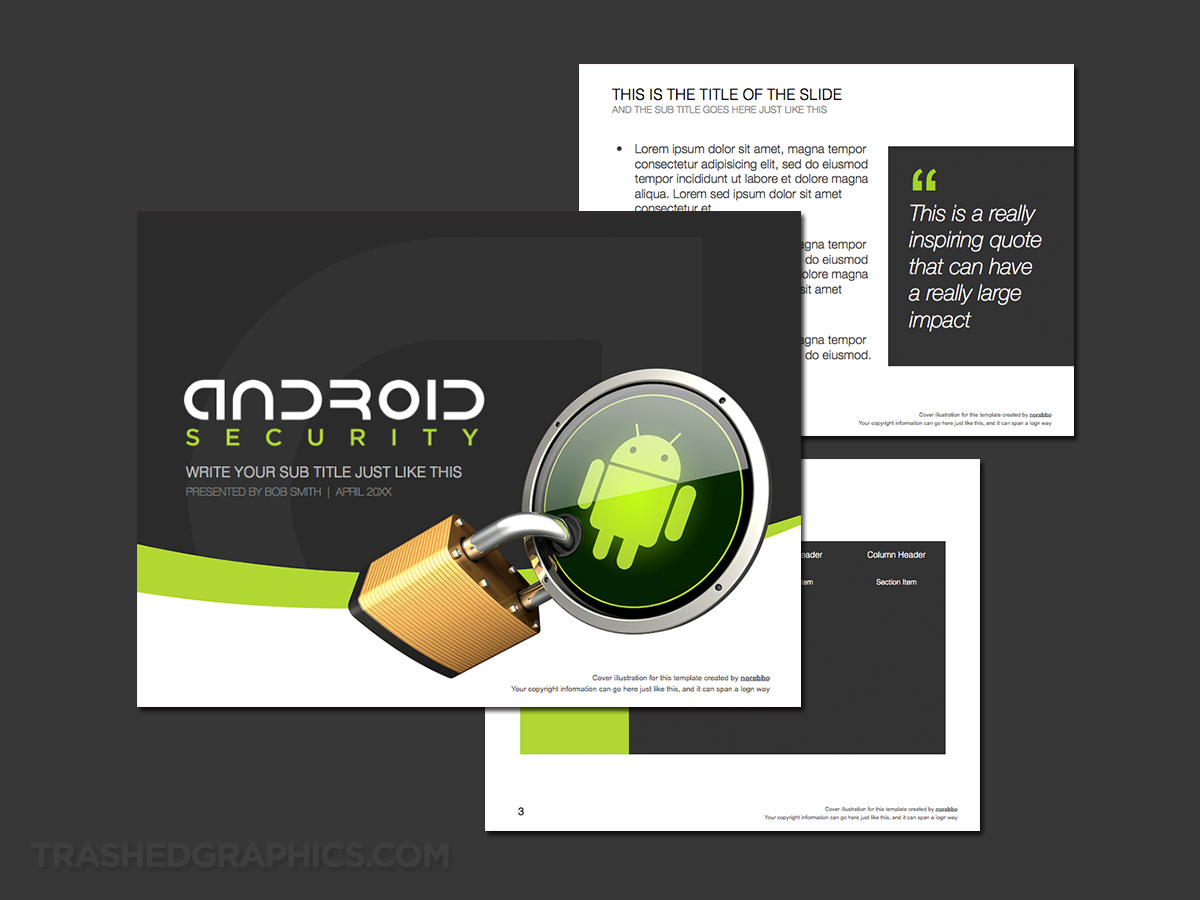 Anyway, this PowerPoint deck is all about Android Security. The cover slide illustration with the large padlock and green Android icon is a 3d rendering that I created a few years ago, which was just one in a series that I made with the same theme. Yeah, I’m all about producing illustrations and templates in batches – one idea always leads to the next in rapid succession, and I usually find myself creating variation after variation until I can’t think of anything more. Such is the case with my Instagram templates.

As far as theme colors go, I’ve always been a huge fan of using gray as a foundation color. Especially when it comes to Android PPT templates (app developers generally prefer muted colors). This particular PowerPoint deck is predominantly gray and white with little bits of the Android green color mixed in as an accent, creating high contrast which isn’t overpowering. Keep in mind that light colors such as the green I’m using here have tendency to fade when projected onto a large screen, so I did make it slightly darker than I would have preferred.

One of the cool things about producing stock illustrations is that each one of them can be used in a variety of different ways. I don’t always do much with my own renderings, but over the years I’ve found that they are really fun and easy to turn into fun PowerPoint templates (such as these two Android PPT templates). Yeah, I know – there isn’t any such thing as a “cool PowerPoint template”, but the fact of the matter is that I create more presentation templates for my clients than anything else. Some people just have a lot to say and show I guess! 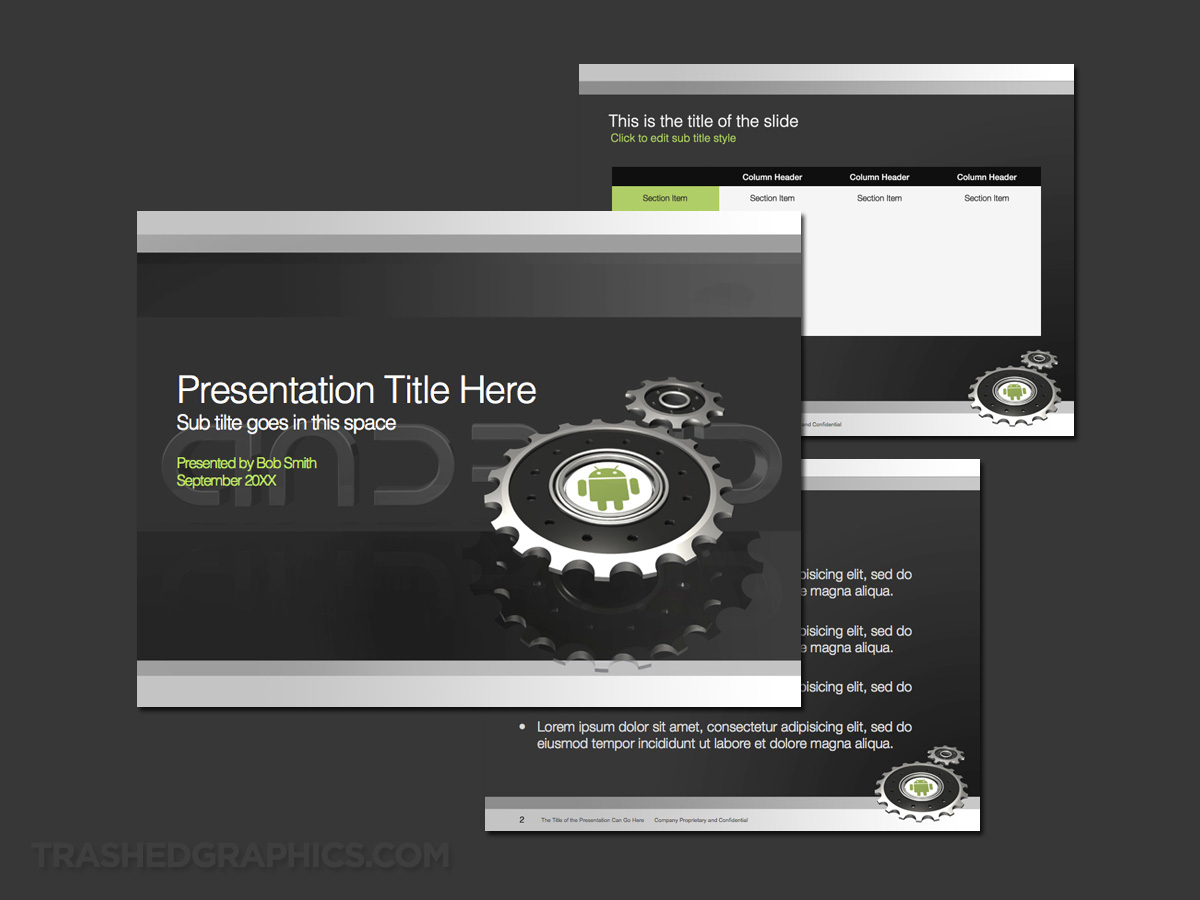 This Android presentation template is based on one of my most recent illustrations featuring an Android logo inside a large gear. I’ve done a lot of stock illustrations featuring the Android logo over the years, and most tend to sway towards very engineering-specific themes. The fact that I’m so fixated on Android says a lot considering that I’m primarily an Apple iOS guy – though I admit that I’ve been fighting the urge to step over to the land of Google these days. Time will tell.

Anyway, this is kind of a dark template but I think it’s appropriate given that it is aimed towards designers and app developers who might need a presentation theme that’s a bit edgier than normal corporate templates. I personally don’t like using dark templates to present text-based information, but they do come in handy when the content consists of photos and illustrations instead of text. Imagery just seems to pop a whole lot better over dark backgrounds. 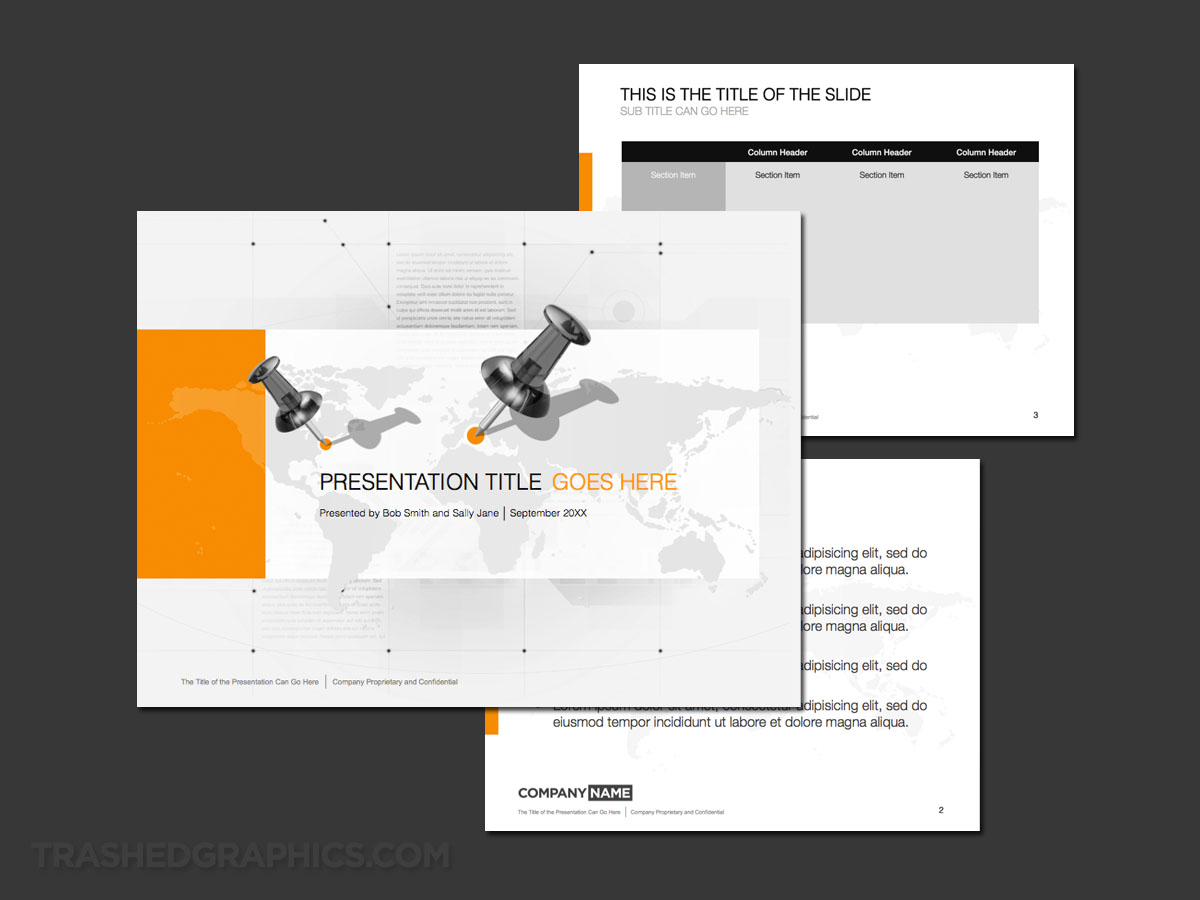 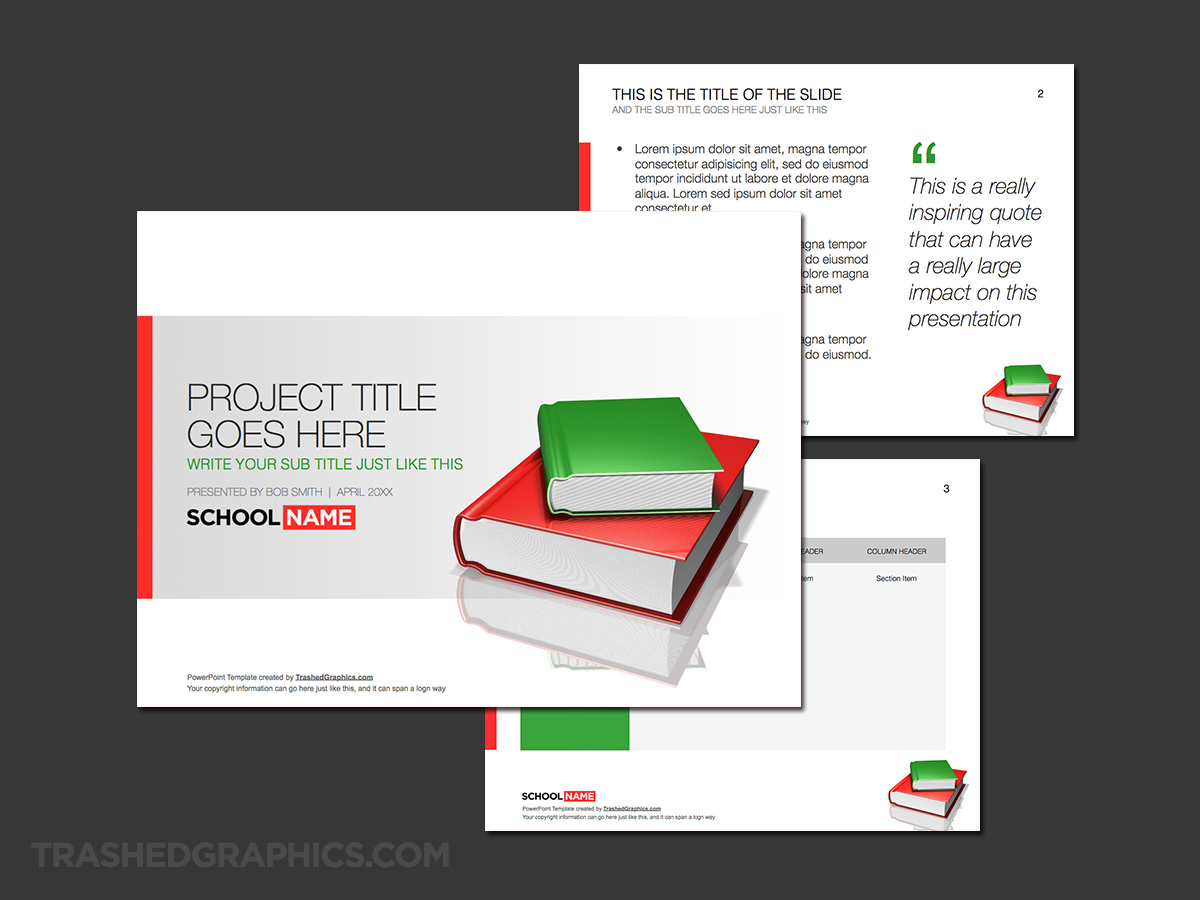