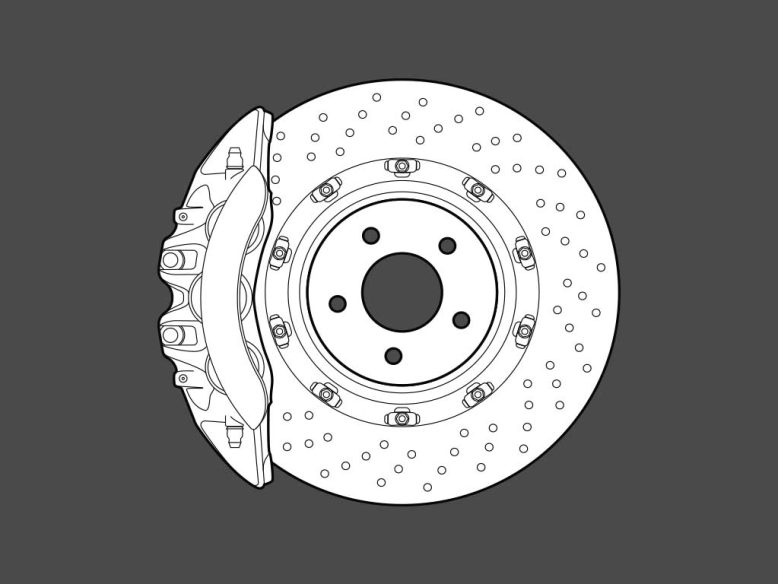 Here’s a vector illustration of a slotted disc brake for high-performance cars. That’s it. Nothing more. I created it several years ago for some automotive illustrations I was doing, and I haven’t touched it since. I hate when that happens.

All the juicy details of this brake vector illustration

First of all, I created it in Adobe Illustrator. There are handful of open paths here and there, but I left it that way on purpose for maximum edit-ability (if that’s even a word). I normally like to make a habit of closing all paths in my vector files before releasing them into the wild (as I did with my Mustang outline drawing), but I decided against it this time.

Anyway, it’s the perfect vector file for anyone in need of a realistic / highly-detailed automotive disc brake illustration. 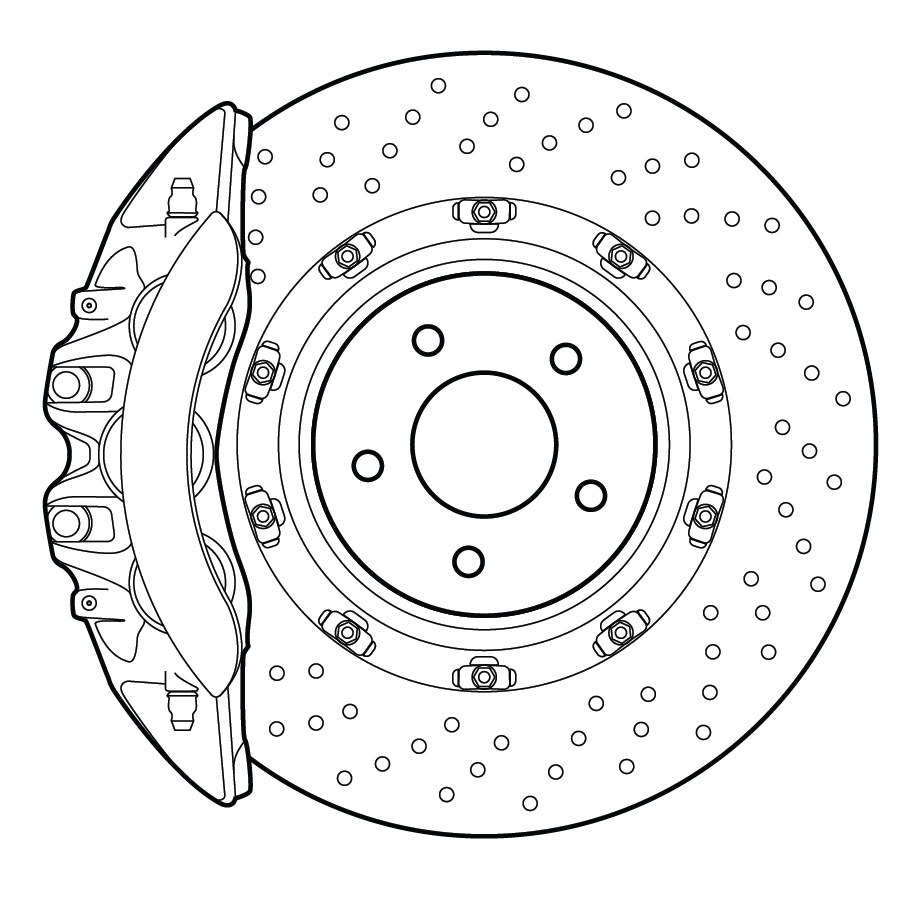 How easy is it to edit?

Editing this file to make it exactly how you want it is extremely easy. The native file is in Adobe Illustrator (.ai) format, but I’ve also included an EPS as well those who prefer working that way. Note that you do not need to have Adobe Illustrator to open this file. Any decent vector editing software will work.

I recommend Affinity Designer. It’s just as good as Illustrator, and it’s far cheaper since you won’t be locked into a subscription plan.

How accurate is this illustration?

When I was creating my vector R35 Nissan GT-R drawing, the brakes were the components that I started with. These are the brakes from that illustration.

Anyway, I spent several hours drawing this brake rotor, pouring over all the reference photos I could to make sure I was illustrating it as accurately as possible. The GT-R is a very high performance car, and it’s brakes are no joke – they look really awesome, but they were a complete pain-in-the-you-know-what to replicate.

They turned out so well that I thought I would offer them here as a stand alone vector file for anyone needing vector brakes (and not the whole car).

Pro tip: this illustration would work well as an underlay / reference image if you’re trying to build automotive disc brakes in 3d modeling software. Of course, I thought of this after I completed my Audi R8 3d model. Oh well.

Are all the elements on separate layers?

An exploded view of this illustration showing how all the major components are complete objects on separate layers. See? I was thinking ahead!