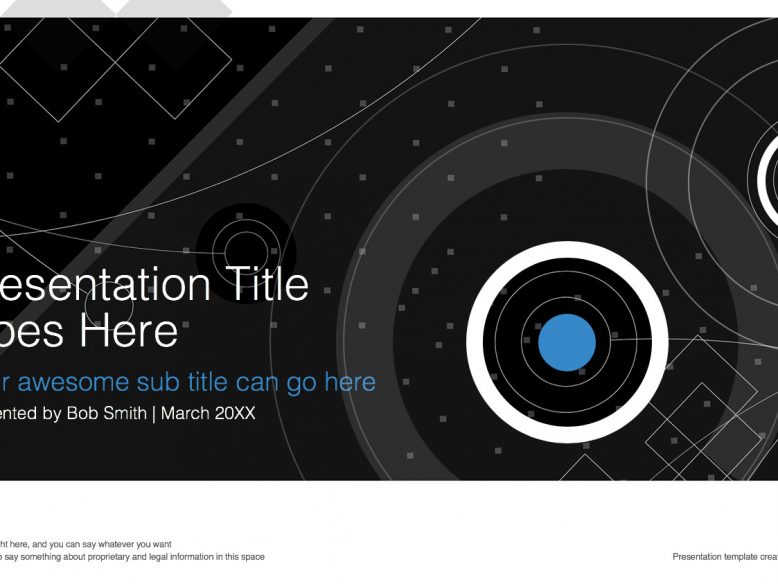 I’d like to make you all believe that I know exactly what I’m doing each and every time I start a new presentation template, but the truth is that I struggle sometimes to come up with a good design that contains an abundance of useful PowerPoint shapes.

Using the power of PowerPoint shapes to build a useful template

This four-page blue and gray widescreen template actually started life as another Facebook theme, but I just couldn’t find a way to make it work with the fully editable charts and graphs that I wanted to use. It sounds weird to say, but trust me – ”designer’s block” (very similar to writer’s block) is very real and sometimes nothing that I do works and I have to scratch my original plan and try something else. 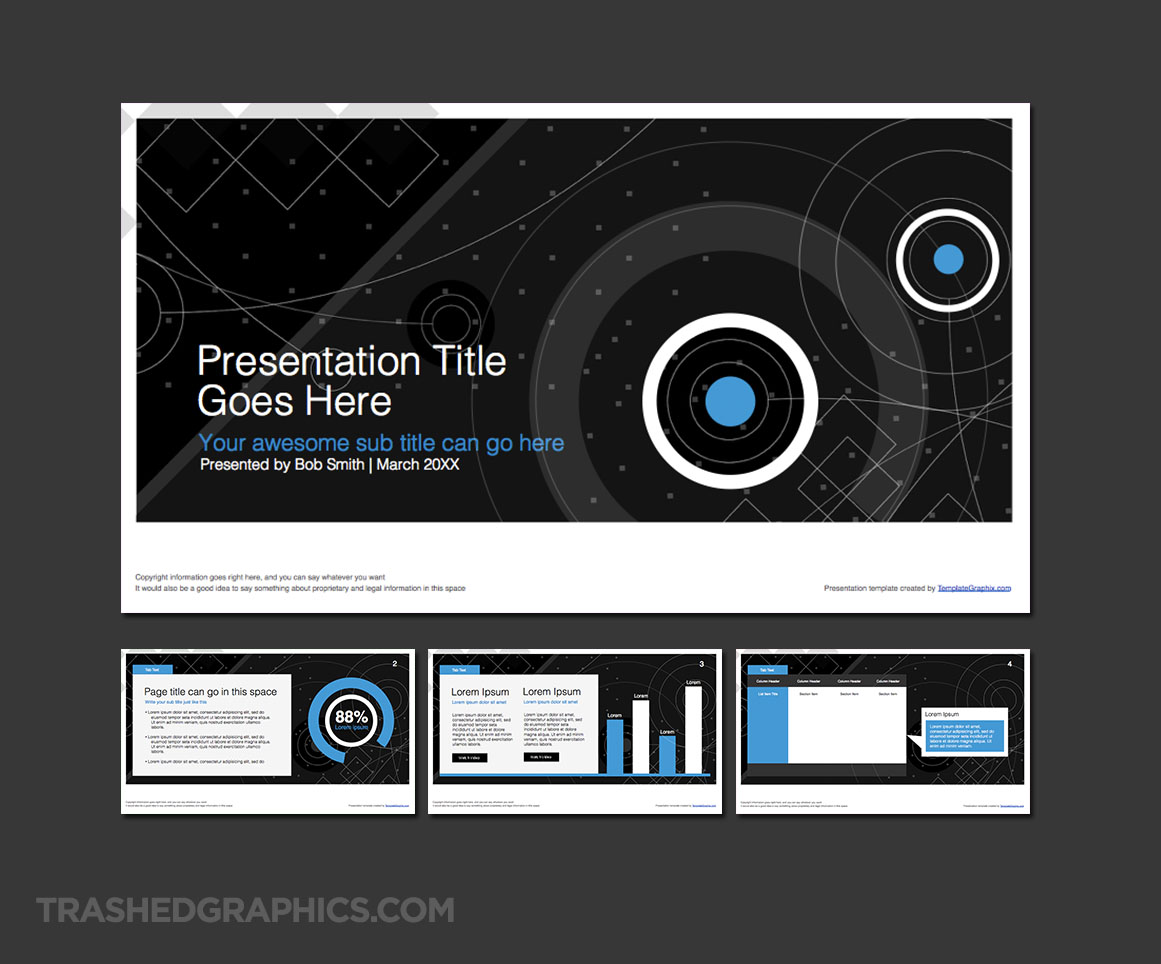 16:9 widescreen template built with an assortment of PowerPoint shapes. Four slides are included!

I managed to save this 16:9 widescreen template by giving it a generic business theme with an emphasis on technology. The cover slide features an abstract pattern of concentric circles and rings that follow through to the interior slides, but the truth is that the bold graphics on those interior slides makes that background illustration difficult to see. And that’s just as well – it’s never good to have the theme elements overpower the content!

The structure of this PowerPoint deck is relatively simple, and it’s based loosely on some of the other widescreen templates that I’ve built so far (such as the one I created for designers and engineers).

In addition to the cover slide, there are two content slides with space on the right for charts and graphs, as well as a dedicated table slide with space for callouts along the right side. You can easily reposition the table so you can place callouts all around it if necessary, or just expand the table to fit the entire width of the slide. All of the PowerPoint shapes included in this slide deck are fully editable, so do whatever you have to do so that it presents your content clearly.

Also note that the colors are easy to change. The dark gray is fixed (it’s part of the background texture), but you can change the blue accent colors to be whatever you need to fit your own brand. 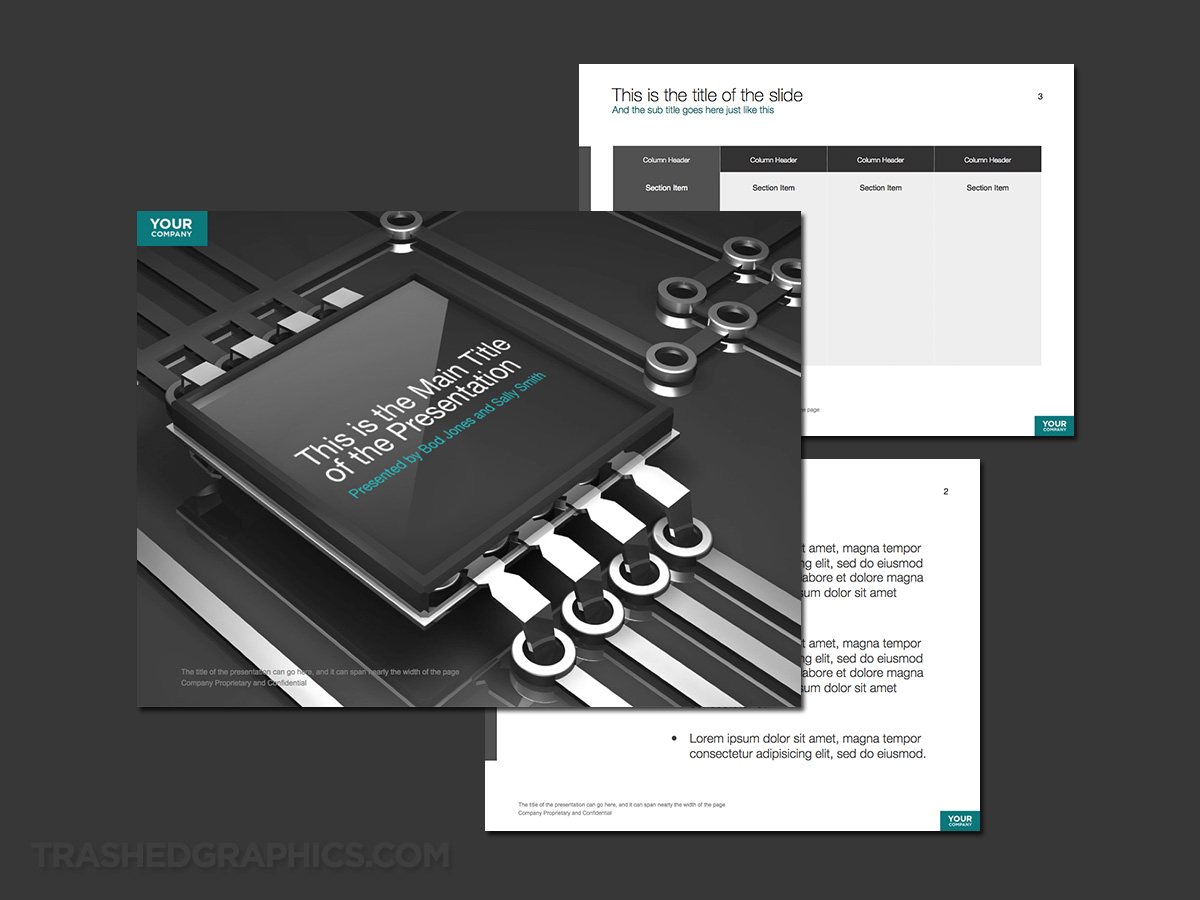 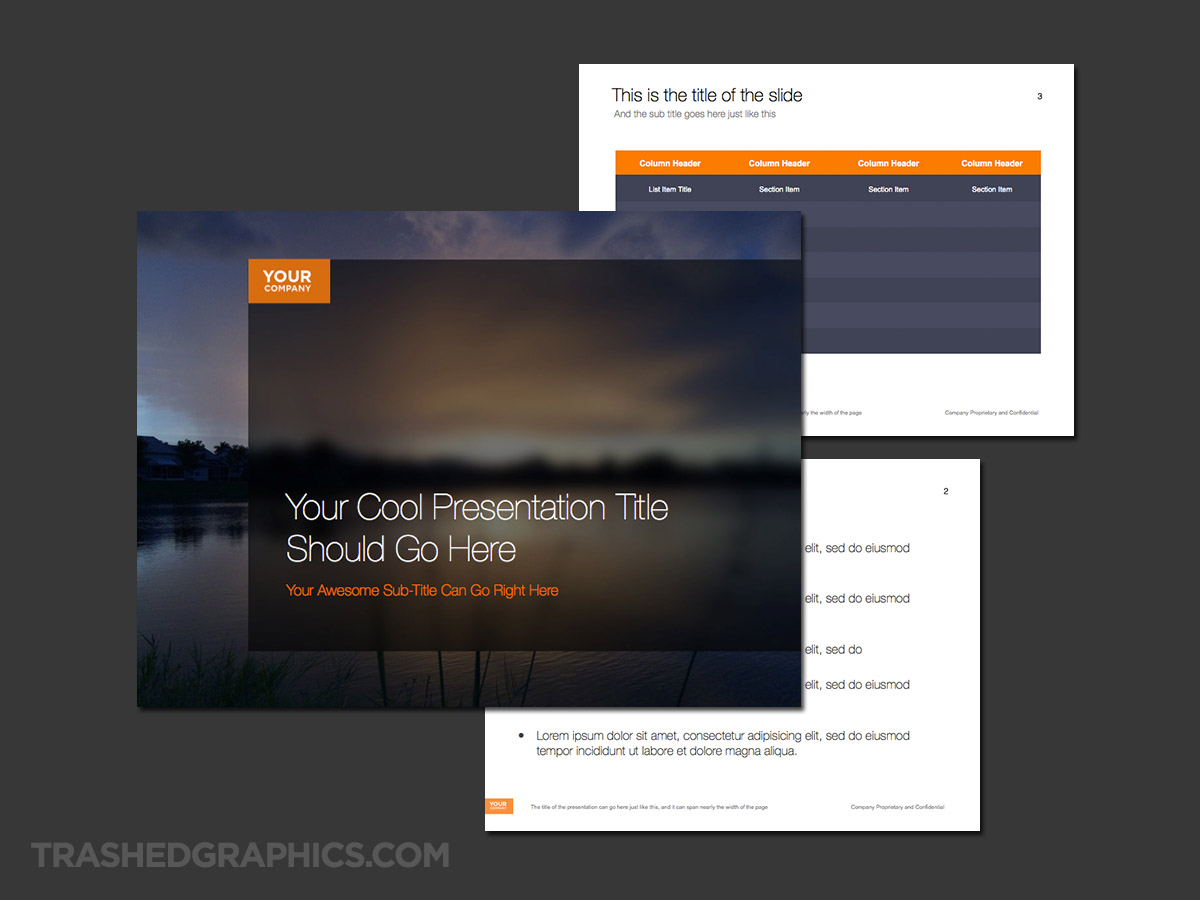