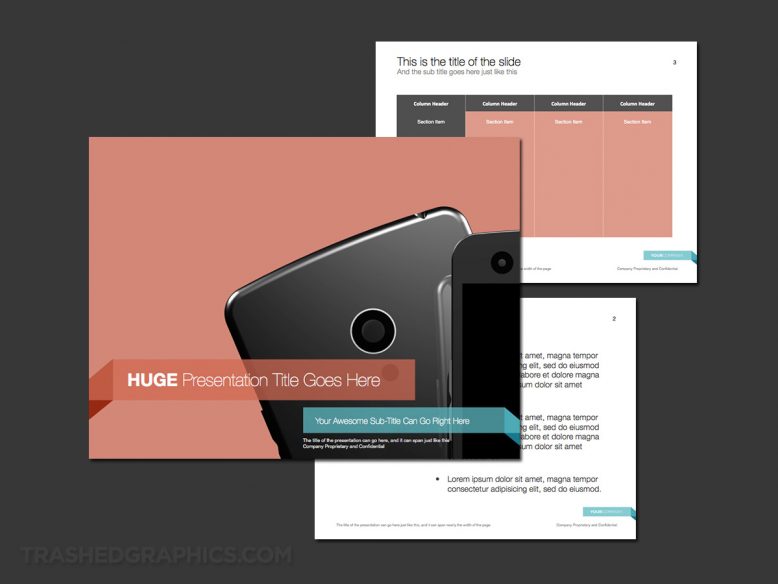 As you can probably tell by now, my visual design style is based around dark neutral colors, and it’s rare for me to go really crazy with a vibrant color palette for a particular theme. I often get criticized for this, but I don’t mind – after all, being a creative designer is all about doing what feels right as opposed to doing what someone else tells you to do. Unless they are a well-paying client of course!

I’ve done a lot of PowerPoint templates featuring mobile phones and wireless hardware (here’s a Keynote cover slide with mobile devices), and most of them are very neutral in color just as I described above. I thought that it would probably be good to do at least one that had some brightness to it, so I spent some time creating this one to fill that gap.

The cover slide features two black touch screen mobile phones in a front-view stacked orientation (similar to this cover slide template), over top of a light peach-colored background. There are two angular ribbon elements that float over top and act as containers for the title and sub title text. One thing that is worth noting is that the device camera on both the front and rear of these phones are very prominent in this image – so this template would be perfect for mobile photography themes.

I’m not afraid to admit that using bright / pastel colors such as I did in this template is a bit out of my comfort zone. As I was putting this one together, l kept going back and forth with different color treatments, never quite sure I liked what I was doing. This one is definitely a different style for me, so I hope someone out there likes it! 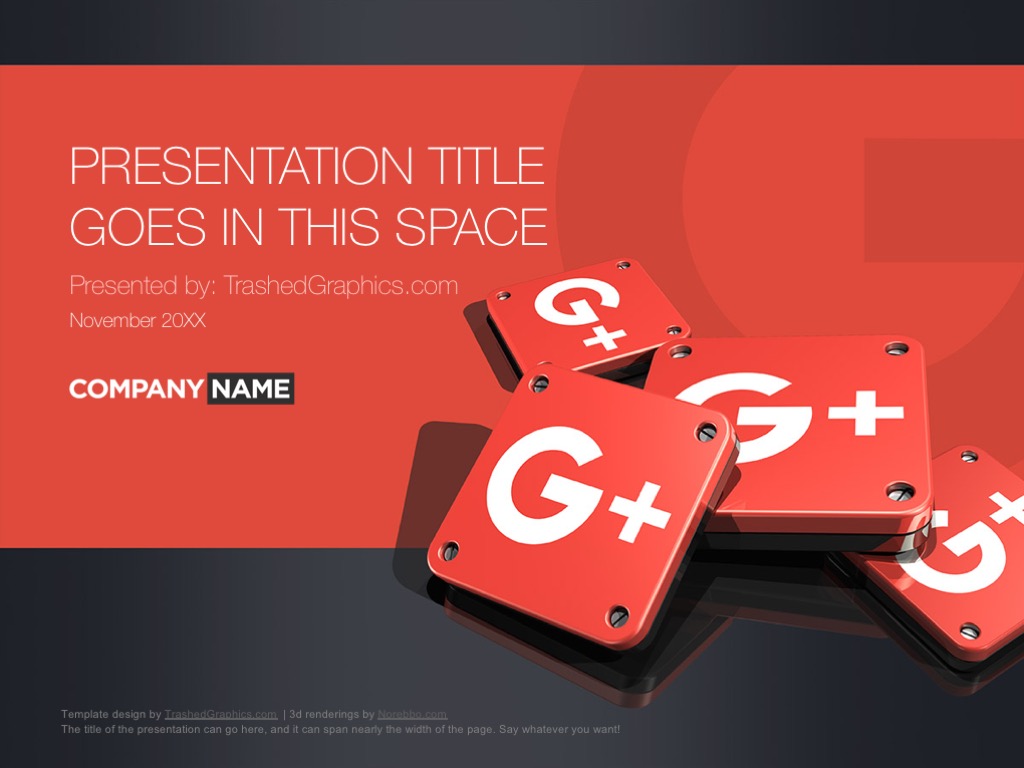 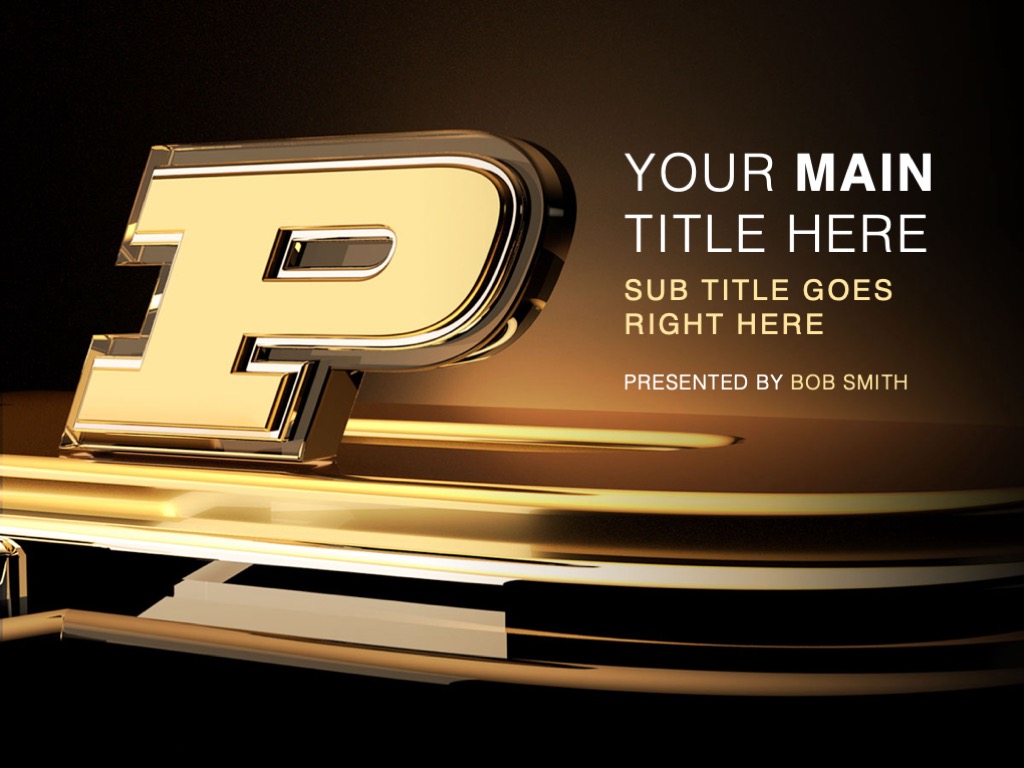