Several years ago, I needed to design a Super User logo that would be printed on brightly-colored t-shirts. Being the indecisive visual designer that I am, I came up with two separate concepts.

I created several quick options, and the one that you see here was the one that I liked the least. I think that I would have preferred the outlines of the text and the star to be thicker, since it didn’t really convey the meaning of “strength” that I was looking for. But at least it helped me to understand what a proper Super User logo should be (as you will see in my second concept below).

If you’ve seen some of the other vector illustrations that I’ve done (such as my vector scrapbook cards), you’ll understand that this was kind of out of my wheelhouse a bit. It’s not very often I get to design fun logos like this!

Instead of using thin strokes like I did for the previous version, I decided to go bold and heavy with this one. It’s based loosely on the Superman logo – which I thought was totally appropriate for what this design was supposed to represent.

I wanted to create a logo that looked tough and would stand out well printed on a shirt. At the end of the day I thought this one did both remarkably well. Unfortunately, conveying a feeling of strength and power is purely subjective, so you may not totally agree with me on this one. That’s ok.

I have still found it useful though. I used this logo as a placeholder when I was designing my smart TV UI, and worked well to make that concept more realistic as I was tinkering around with the layout.

On a side note, I had a lot of other ideas for this logo which I thought would have worked pretty well. A lack of time prevented me from doing more concepts, but some of the things I wanted to try included:

Vector illustration is not my strength anyway, so perhaps it’s best that I didn’t try and frustrate myself trying to create complex art like that…

Anyway, if by off-chance that you find yourself on a corporate sporting team of UX designers named “Super User” – and you are without a logo for your uniform, either of these two Super User logos should have you covered. Pun intended (of course). 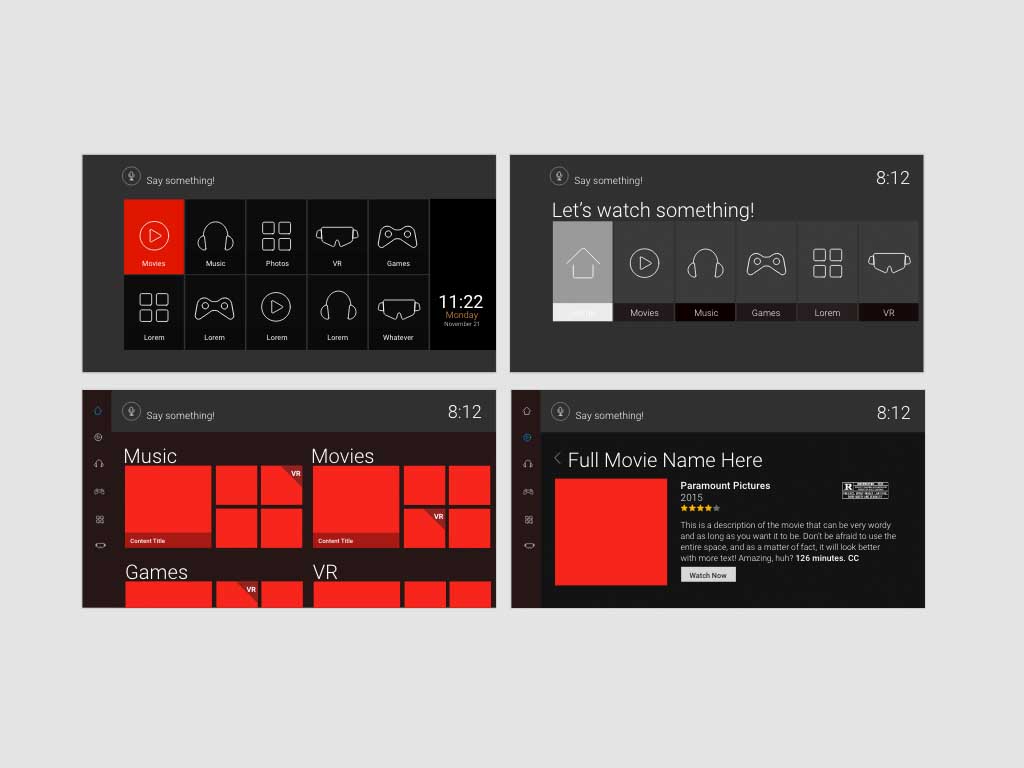